Downey Homes is a professional independent property development company specialising in the acquisition of under utilised land and property to unlock its planning and development potential.

The Directors, Gill and Gordon Downey, boast lengthy corporate careers which included the management, financing and development of extensive property and infra structure projects. In addition they are also experienced landlords having built up a portfolio of properties through a mix of acquisition, redevelopment, conversion and refurbishment and continue to manage the portfolio through their property management business. They decided to combine their extensive skills and knowledge gained over a combined 50 plus years in corporate, social and private investment environments to establish Downey Homes Ltd. 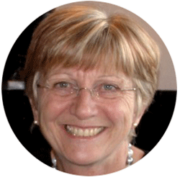 Gill is a Fellow of the Institute of Chartered Accountants, having trained with Price Waterhouse Coopers, one of the largest accountancy firms in the UK. She is also a qualified Corporate Treasurer and qualified project manager.

Following many years working in practice, Gill moved into industry and then the social housing sector, where she remains a non-executive Director on the Board of a local housing association.  During her career, she held a number of senior finance roles including Deputy Chief Executive, Group Finance Director and Integration Director.

As a senior Executive working with teams managing 25,000 homes and delivering a further 500 new homes each year across multiple projects, Gill built up significant experience of the housing market and an in-depth understanding of residential development. Gill also managed multimillion-pound loan books and successfully negotiated loans ranging from £10million to £100million to support the ongoing delivery of developments. 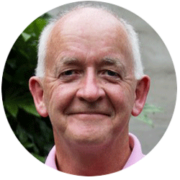 Gordon is a Fellow of the Chartered Institute of Personnel and Development and an award-winning business consultant. After leaving the British Army as a Major in 1988, went on to join a major subsidiary of Lloyds Bank which specialised in personal, commercial and mortgage finance.

As an executive member of three Boards of Management, Gordon was directly involved at a strategic level with each of those divisions and specialised in team leadership, change management, performance transformation and mergers and acquisitions.

Following this, he worked as an independent consultant supporting a number of large corporations where his work with senior management and operational teams delivered significant impact on bottom line results.

In 2016, he was awarded Best Consultant of the Year by a multinational business for his work with their South East Asia operation.

Gordon has exceptional people and project management skills and brings these, alongside his extensive property experience, to his role as Operations Director for Downey Homes.

This site uses cookies. By continuing to browse the site, you are agreeing to our use of cookies.

We may request cookies to be set on your device. We use cookies to let us know when you visit our websites, how you interact with us, to enrich your user experience, and to customize your relationship with our website.

Click on the different category headings to find out more. You can also change some of your preferences. Note that blocking some types of cookies may impact your experience on our websites and the services we are able to offer.

These cookies are strictly necessary to provide you with services available through our website and to use some of its features.

Because these cookies are strictly necessary to deliver the website, you cannot refuse them without impacting how our site functions. You can block or delete them by changing your browser settings and force blocking all cookies on this website.

These cookies collect information that is used either in aggregate form to help us understand how our website is being used or how effective our marketing campaigns are, or to help us customize our website and application for you in order to enhance your experience.

If you do not want that we track your visist to our site you can disable tracking in your browser here:

We also use different external services like Google Webfonts, Google Maps and external Video providers. Since these providers may collect personal data like your IP address we allow you to block them here. Please be aware that this might heavily reduce the functionality and appearance of our site. Changes will take effect once you reload the page.